Are you looking for the best sinusitis cure available? But before we delve deeper, sinusitis basically refers to a condition wherein sinuses are inflamed and nasal passageways blocked due to infection by virus, bacteria, fungus, common cold or even diseased teeth. Some of the common symptoms of sinusitis include cough with mucus, stuffy nose, fatigue, pain around or behind the eyes, pain behind the cheeks, and headache centered behind the eyes and face. 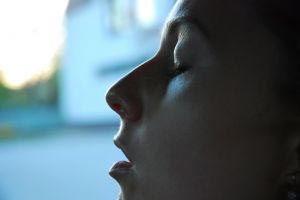 Now that you have understood the common symptoms and conditions of sinusitis, would you like to know some of the most popular recommendations to help promote sinusitis cure? Below are some possible remedies that are helpful in fighting off the symptoms of sinusitis and to prevent it from recurring.

Over-The-Counter Relief
The most common over-the-counter sinusitis cure recommended by health practitioners are antibiotics or anti-fungal drugs to aid in the healing of sinus infection as well as a mean to relieve the inflammation.

Surgery
If the sinusitis is caused by deviated nasal septum, then surgery is often necessary to correct the problem. Another procedure to correct the blocked nasal passageways is through endoscopic sinus surgery or sinoscopy. Sinoscopy is a procedure designed to increase the air flow within the sinuses and it also helps to allow mucus to drain out of the nostrils.

Natural and Homoeopathic Remedies
There are also natural and homoeopathic remedies which are proven to be very effective in relieving discomforts brought by sinusitis. Nasal irrigation is a natural way of promoting relief for sinusitis symptoms. It is an easy and efficient method to prevent the occurrence of sinusitis, helps eliminate the symptoms, and most importantly, to promote good nasal health.

Simply remedy such as by inhaling steam can also be used to help de-congest clogged nasal passageways. There are also some preventive measures to avoid the occurrence of sinusitis, some of these are done by increasing the amount of water intake (preferably 8 to 10 glasses) each day, and by performing some nasal yoga exercise.

Relieving sinusitis discomforts can also be done with traditional home remedies for cold such as by consuming chicken soup, garlic, horseradish, and vitamin C supplements. Inhaling vapor from pine, eucalyptus and menthol oil can also serve as natural nasal decongestant though. Any natural cure for sinusitis mentioned above can be used solely or in combination with other remedies without worrying on possible side effects.

If you are someone looking for a natural sinusitis cure, be aware that there are a number of completely natural ways aside from those that are mentioned above. For further medical advice, however, it is advisable to seek the assistance of a medical professional especially if none of these natural cures seem to work or if your condition deteriorates further.

Alternative Medicine Herbal Remedies : How to Cure a Sinus Infection


One of the most annoying inconveniences is suffering from a constant post nasal drip. It’s not just the elaborate wiping and blowing that

Can Allergies Cause a Fever?


Can allergies cause a fever? This is one question that many people often ask. When people suffer from allergies, they are aware of the


Sinus infection is one of the most common infections affecting our society today. Millions of people suffer from sinusitis each year and it