You are here: Home / Diseases & Conditions / Bangungot – The Silent Killer!

Bangungot or sudden unexpected death is a condition observed by people living in Eastern Asian countries. Bangungot is a term which means “bad dream” or “nightmare” is originated from the Philipines. It is a silent killer that mostly affects men.

Although this condition has claimed many lives in East Asia, it is still rather uncommon among the western countries. In Eastern Asia as well as South East Asia, cases are more common among people who are in their adolescence and adulthood.

Despite the deadly condition, these people still do not know how it occurs. Some believes that sleeping right after eating rice causes the sudden death, and this is one reason widely believed among the people living in the Philippines.

Latest scientific studies have shown that bangungot condition is in fact linked to Acute Hemorrhagic Pancreatitis, the sudden inflammation of the pancreas. Researchers have found that there is no structural heart problem or what so ever in victims of the condition.

However, there are symptoms of irregular heart rhythms found to be causing the victim to lose consciousness while sleeping. It is more of a genetic problem which may run in families. Therefore, it would be wise for someone who have family history of bangungot to see heart specialist to rule of any underlying issues before it is too late. Even if someone has a case history of the problem among the family members, there are certain things that one can do to help reduce the risk of getting one. 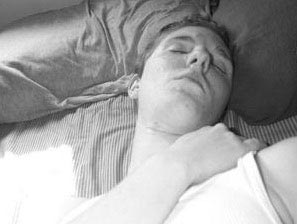 Several medical specialists from Japan, China as well as other Asian countries have indicated that eating noodles before sleeping is one of the most common causes of this problem. It isn’t the noodle that kills the victim, but the dehydration caused as a result of eating noodles.

By eating these foods (and also alcoholic beverages) could create an electrolyte imbalance in the body thereby causing the body to lose water and dehydrates. Hence, it would be advisable to avoid eating noodles right before going to sleep. Take at least two hours for the body to digest the noodles before bedtime. In addition to that, studies have also found that going thirsty when going to bed is also a bad idea.

It can also trigger bangungot when your body dehydrates during the 8 hour sleep. So, better forget about the frequent bathroom trips as a result of drinking too much water before hitting the sack. Drink at least one or two tall glass of water before bed is advisable.


As the name suggest, silent acid reflux is a reflux condition that does not cause heartburn at all. Since heartburn is the most common


Silent air purifier is a must-have device, particularly for those who live in cities with heavily polluted air. These harmful smog are very

How To Get Rid Of Angina


Before you learn on how you can eliminate angina, you must first understand the real causes behind them. As you learn about how to stop

Korean Cosmetics Review : Why Are They So Popular?

What Are The Causes Of Persistent Heartburn?


Having heartburn? Persistent heartburn is one of the very common conditions affecting some tens of millions of people in the United States.